Astride the two wars, Francesco Porcu and his wife Lillina opened at Alghero, in Via Garibaldi 11, right on the port, a bar which they called “del Milese”, since they both hailed from Milis, a small village in the Province of Oristano. 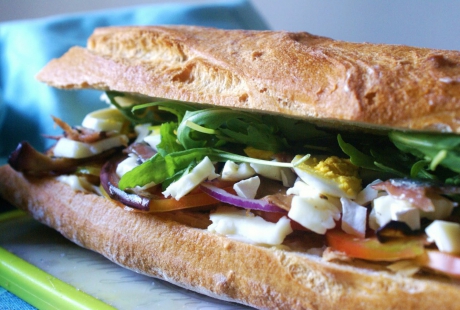 From that area, they brought with them Vernaccia, a dry white wine much appreciated by the fishermen of Alghero, so much so that soon the bar was full of those personages who stand on dry land as if they still were on boats moored in port, that is with a lazy swing while waiting to go to sea again.

Then the war came, together with its grief, followed by peace and economic recovery and in 1971, back from Australia, where they had moved for a few years, came the Fiori couple - Antonio Gavino and his wife Maria, originally from the Province of Sassari. The couple took over the Milese Bar, but left its original name unchanged, because every place has a history, is layered like a geological formation.

For a while, life at the bar went on almost as before: fishermen and Algheresi dropped by for a draught of Vernaccia and an interminable game of cards, to chat, share a laugh and talk through the problems of every day. In the background, the seasons went by over the heads of the bar’s patrons, while the sea, unchanging yet ever different filled their eyes and weathered their skin. But these are metaphysical considerations, which only become weighty after a couple of glasses of wine.

Be that as it may, that’s how things were at the bar which remained like a small sheltered port for the boats from the open sea. But it was Maria who took things in hand and changed them. She changed them from the kitchen, a place that produces strictly good revolutions. She bought from her baker a large loaf about 80 cm long but not too thick, she slit it open and began to fill it: a layer of fresh tomato slices, a layer of tuna fish, a few slices of hard-boiled egg, small pieces of anchovy, a layer of rocket, one of finely sliced onion and finally a slice of pancetta.

Now these are all good things – indeed excellent – genuine products of our land, layers and layers of Alghero, you might say. Indeed, putting them together is child’s play. What nobody up to then and even after proved capable of doing was copy the secret sauce invented by Maria. And it was this condiment which turned the ingredients into something more than their sum total and created something almost sublime: the Focaccia del Milese. And that’s what happens when a masterpiece is born.

The fact of the matter is that this Focaccia changed the bar for all time, and it began to attract a host of customers: locals, visitors and tourists. They all stood in line for a slice of the Focaccia, all waiting patiently for something they could not do without. Today the bar is known as the Bar Focacceria Milese and it’s a true institution, a point of reference, run with dedication by Sonya, daughter of the revolutionary Maria, and by her husband Giuseppe, who have expanded the offer notably, albeit never abandoning tradition.

But what exactly is left of the past? Quite simply that the Milese is a great refuge: when returning from the sea or preparing to sail off, we are looking for some sort of certainty, some stability, a flavour giving a moment of joy and almost sensual satisfaction, as it were to reassure ourselves that whatever may happen, happiness will always return to us.