From the moment we started writing this blog, rarely have we found ourselves facing up to such a vast amount of subject matter. 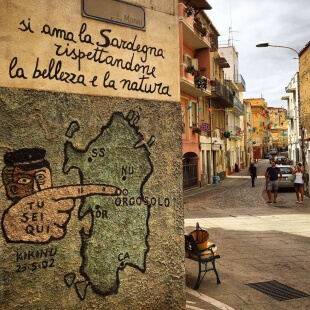 Do you want to know just how vast? Let’s say some 1,300 km². This indeed is the area covered by the Barbagia and “Autumn in Barbagia” will give you a chance to explore it all, piece by piece. Yes, it’s true we’re a little late because it actually began on 2 September last and now we’re at the end of October. But “Autumn in Barbagia” will end on 18 December next, so there’s still a long time to enjoy it.

But what exactly is this “Autumn in Barbagia”? What is this long calendar containing no less than 28 main events, each comprising a programme consisting of numerous other minor events and initiatives? “Autumn in Barbagia” is the brainchild of local tourist promotion agencies and offices, but its multi-centre design and large scale owes much to the distinctive nature of the Barbagia area itself. Its extremely strong identity is indeed reflected in the host of small towns and villages, each with its own peculiarities and variants. So on the one hand it’s relatively simple to form a precise idea of what the Barbagia actually is, even to see it as a unit. On the other, to do this, you need to accept the challenge of discovering it village by village. There are no shortcuts (although there are many hidden trails) and this is why to be comprehensive this event could not be short either.

“Autumn in Barbagia”, basically, is Barbagia which opens to us, which embraces us, it is the key which opens the doors to its charming villages, treasure caskets of traditions, culture, tastes and flavours, scenery, ideas and art forms. Take for example last weekend. On 15 – 16 October, we were guests at Orgosolo and its inhabitants went out of their way to show us their habits, their houses, their wall-paintings, their bread, their spit roasts, their sweetmeats, their wines, their dances, their polyphonic choruses, their concertina music, their sung harmonies, their silk. Before Orgosolo, the same thing happened at Bitti, Oliena, Dorgali, Sarule, Austis, Orani, Lula, Tonara, Gavoi, Meana Sardo, Onanì. And after Orgosolo, it will be the turn of Belvì, Sorgono, Aritzo, Desulo, Lollove, Ovodda, Mamoiada, Nuoro, Tiana, Olzai, Atzara, Ollolai, Teti, Gadoni, Fonni and finally, Orune.

So this ‘barbaricino’ autumn is truly without end – a labyrinth into which you can transfer your spiritual residence !