Tan your mind: Caravaggio at Sassari

Tan your mind: Caravaggio at Sassari

Have you ever found yourself in front of a painting by Caravaggio? We certainly hope so, because otherwise you will have missed one of the most exhilarating experiences possible. 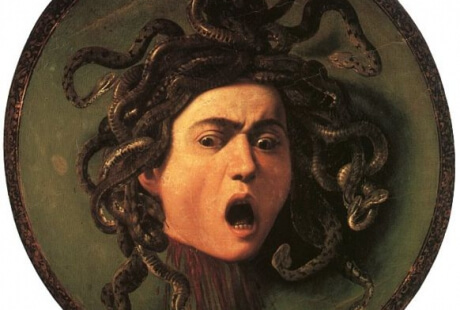 Much depends on the essential strength emerging from his canvases: it’s as if the world was set before you for the first time in its most powerful, plastic, deep-seated, sensual, fatal and sacred form. His paintings seize reality with startling immediacy in the brief moment when they emerge, like the back of a whale, from the liquid shadows in the shelter of which humanity has always trafficked in its ploys of life and death. When looking at a Caravaggio we are always amazed at just how illumination can become, on the margins, dark and marked by night.

To cut it short, an experience to be savoured whenever possible. One such occasion is the exhibition, running until 30 October next, “Painting and Reality – Caravaggio and the Caravagesque painters” in the Sala Duce of the Palazzo Ducale at Sassari. How far is Sassari from Alghero? Not more than 30 km – a half an hour’s drive, just a short trip that will allow you to enjoy an exhibition of international level. Just think that some of the paintings on show belong to private collections and have only been shown a few times. Others have been loaned by the Mus'A Gallery of Canopoleno and the Church of the Capuchin Nuns of Sassari, a clear indication of the wealth of Sardinia’s artistic holdings, works for the first time inserted in an exhibition context which is both coherent and revealing.

The exhibition, curated by Vittorio Sgarbi and Antonio D’Amico, is made up of thirty canvases, the centre point being the Medusa, also known as Rotella Murtola, a singular work of the young Caravaggio in which the artist painted himself in the guise of the terrible Gorgon. A truly singular work, as we were saying, because the canvas is stretched over the convex surface of a parade shield, the so-called rotella. This caused the young painter to adopt a special technique, using a convex mirror in which to reflect the image of his own face so that it became adequately deformed.

Set round the Rotella, in a well-articulated solar system marked by surprising correspondences and connections, are the other works on show, all by great Caravagesque painters: amongst others Giocchino Assereto, Battistello Caracciolo, Jusepe de Ribeira lo Spagnoletto and Mattia Preti. As pointed out by Sgarbi at the inauguration of the exhibition on 26 June last, Caravaggism is “a fever which pervades the minds and bodies of painters from the late 1500s to the 1640s”. And “fever” is the right word – seen as the absolute need to explore in ever more intense shapes the pictorial paradigm established by Caravaggio.

What more can we add in conclusion? Just one small piece of advice: for one day fold and put away your beach towels and sit in the light of another sun, equally strong and luminous, that of great art, so that your mind too can return home more beautiful and tanned than before.